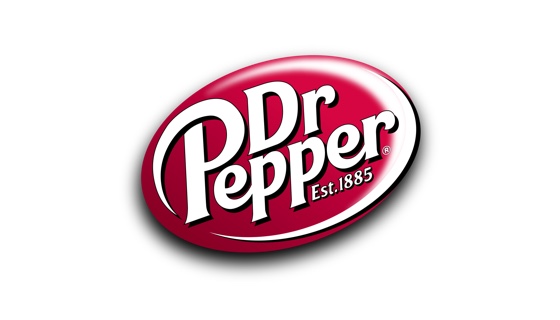 Dr Pepper is over 100 years old. The recipe is a given. How could we address the vexed question of consumers who repeatedly trialled the product but never converted to regular or heavy use?

We ran a number of groups in US with both heavy & light consumers. We found that heavy users have a markedly different ‘Experience’ from the drink than the Light users do – qualitatively different. Once found we had to find why and how. The key insight was that heavy users physically consume the product differently from light users. They momentarily ‘Hold’ the product in the mouth – ensuring some of the more complex flavours develop fully in the mouth and so trigger a degree of mouthwatering – this making the drink less initially sweet and satiating.

A $35m campaign founded on ‘Slowing’ consumption so that light users ‘discovered’ the secret of Dr Pepper – the campaign reversed the decline and drove a double digit growth – and was written up in the Wall Street journal and elsewhere.

Finding something new to say about a long-established brand is never easy for marketers. When the brand is Dr Pepper, which first hit the market in 1885, it is well-nigh impossible.

But the marketing folks behind the soda think they may have hit on something: research that found that people who drink Dr Pepper slowly enjoy the taste more than people who drink it at regular speed.

It may not sound like scientific evidence that would pass academic muster. But it is enough for an estimated $35 million ad campaign launching Monday, with the message that people should drink the soda slowly.

And just so as no one thinks Dr Pepper is taking it all too seriously, the soda enlisted a couple of fictional doctors to star in the TV spots: basketball great Julius Erving —known as Dr. J — and actor Kelsey Grammer, known for his role as psychiatrist Dr. Frasier Crane in the comedy “Frasier.”

“Scientific tests have proven that when you drink Dr Pepper slowly, the 23 flavors taste even better,” says Dr. J in one TV spot. “I get it ‘cause half my life has been in slow motion.” Dr. J is seen in slow motion making an amazing shot: landing an ice cube in a glass. In another commercial featuring Mr. Grammer, his Frasier character is shown dishing out advice on his radio talk show, stressing the virtues of slowing down. As he says, in what is the campaign’s tagline: “Slower is better: Trust me I’m a doctor.”

The “scientific tests” Dr. J quotes was a study done by market research firm The Marketing Clinic in 2006, which has done research on the taste of food and beverages for marketers such as Coca-Cola, Mars and Procter & Gamble. On behalf of Dr Pepper, the firm asked about 50 people roughly 400 questions each about their soda drinking habits — and watched how they consumed the soda. Not only did the study find that slower drinkers enjoyed it more, but those slower drinkers tended to be heavier consumers of Dr Pepper.
The study’s findings resolved a conundrum for Dr Pepper Snapple Group, the Plano, Texas, based company behind the soda. “How do you find new ways to talk about old brands?” asks Jaxie Alt, director of marketing for Dr Pepper. “This [research] was really exciting because we found something new and unique to tell our consumer.”

What’s more, the research’s implications could be good for sales. “We know heavy users drink it slower so if we can get the people that are usually light users to have that better optimal taste, they become heavy users of Dr Pepper and thus increase sales,” says Ms. Alt. Still, bringing the research to life in advertising was no easy task. Dr Pepper had to tap several agencies for ad concepts that incorporated the research findings.

Interpublic Group’s Deutsch solved the puzzle and was awarded Dr Pepper’s ad account, which had been housed at WPP Group’s Young & Rubicam since 1969. (Y&R still creates ads for Diet Dr Pepper.) Even Deutsch had its doubts that an odd scientific claim could make for good advertising — especially in the soda category, which is jammed with entertaining and fun advertising. So it decided to embrace the science lightheartedly, by using “fake doctors to deliver this quasi science,” says Eric Hirshberg, chief creative officer at Deutsch LA. “This might just be weird enough to work. … It’s such an odd claim,” Mr. Hirshberg says.

Dr Pepper Snapple Group, spun out of Cadbury PLC in May, has a lot riding on the new approach. Dr Pepper’s sales volume fell 5.2% in the first half of this year, reflecting a similar decline in overall U.S. soft drink volume as consumers shift toward other beverages such as bottled water and sports drinks, said Beverage Digest, an industry publication and data service that tracks soft-drink sales in supermarkets and other retail outlets. Making matters worse: the stumbling economy.

Some experts think it’s a good approach. “To some degree the new work is about going back to the roots of the industry and emphasizing the product’s attributes,” say John Sicher, editor and publisher of the New York-based Beverage Digest newsletter, who was given a brief description of the new ads. “In soft drink marketing and advertising … there needs to be more emphasis on the core attributes such as taste.”